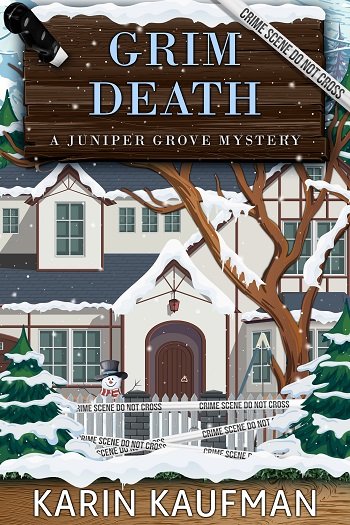 Rachel is enjoying herself at a New Year’s Day brunch when Mary Blackwell, the host, hands her a cryptic note instructing her to check her coat pocket and remain silent about what she finds there.

Later, on discovering four disturbing items in her pocket and no explanation as to why Mary put them there, Rachel is determined to unravel the mystery. But that puzzle is quickly put on the back burner when Laura Patchett, another guest, is found murdered in her home shortly after storming from the Blackwells’ brunch.

Concluding that the four items and Laura’s murder are connected, Rachel sets out to uncover the truth. When yet another brunch guest is murdered, she joins forces with her now-husband, Police Chief James Gilroy, to crack the case. Can they hunt down the killer before more bodies turn up?