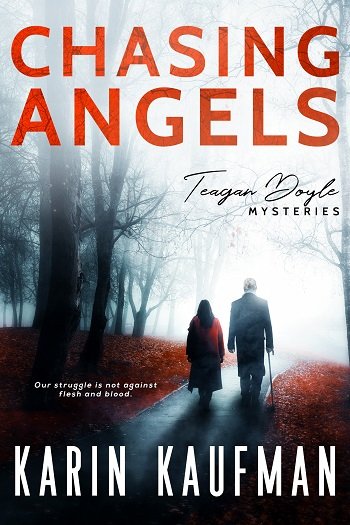 Meet Teagan Doyle. Divorced, childless, a police academy washout. She’s failed at every endeavor, given up on every dream. But retired minister John “Berg” Bergland sees a fighter in her.

Plagued by strange noises, cold drafts, and moving objects in their new home—an old church in Wells, Colorado—Matt and Carissa Peterson are convinced the place is haunted. First they hire a psychic. Then a medium. Nothing helps.

But when they find a body buried in the wall of the church basement, they call Teagan and Berg, colleagues in a most unusual profession: demon stalking.

As Teagan and Berg work to free the church of its dark presence—and solve two murders connected to the church—they uncover a plot more sinister and far-reaching than they could have imagined. To survive, they must face their fears and muster every weapon of spiritual warfare they possess.